This Marvelous Designer Help Forum is free to use and participate in.

You may create a user account or participate as a guest.

All submissions are moderated prior to publication. We have ZERO tolerance policy to offensive language, rude verbiage, or inappropriate content, SPAM or racism, deceptive practices or other negativity.

Please maintain respectful conduct in our forum to other’s submissions.

A guest may post a new topic or reply to a forum thread. It’s faster to post if you only plan to do so one time, no need to register.

However, you cannot upload files to better show an issue with a larger sized image.

You cannot manage your images if you want to re-use any in another posting later on.

Only registered users can like and vote on a posting or topic.

Only registered users can PM another member.

You may post a reply or your question or a new discussion topic in any forum as a guest.

ALL GUEST POSTS/COMMENTS/REPLIES ARE UNDER MODERATION.

This means, your posting/s will only go live once an admin or moderator approves your submission/s.

Please be as detailed as possible in your issue description text.

You can add a video in your comment, reply or in a topic you create.
You may need to describe an issue by making a screen capture video (we recommend SNAGIT or CAMTASIA tools).

If you wish to add a video to reply to a topic with a relevant quality video you found on the topic – just paste the link in a new line in your reply and mention what the video is about and why you like it and chose to add it here.

So I’ll paste the link to the video on the line below (make a new paragraph) and magic happens:

This video is a Marvelous Designer 7 tutorial on the new zipper tool in MD7.

See the image.
Clicking the icon {;} in the post WYSIWYG editor will open a pop box where you can paste a video embed code.

If you wish to attach an image while posting as a guest you will not be able to use our file uploader.

Only registered users who are logged in can do this. Our media library offers registered users the convenience of a private member’s gallery where all your uploaded images reside, for easy selection and insertion into your submissions on our Marvelous Designer’s Forum.

A possible way around this limitation (if for some reason you really do not want to register to our forum), is to embed an image from some popular image sharing site like Pinterest or Flickr.

Or simply paste a URL to an image. Note, this will not allow the image in your posting to open in a lightbox to its full size as happens when you are logged in as a registered member and can upload files and attach them into your posting.

Subscribing to a Topic for Updates

You can subscribe to any number of topics, including your own or other people’s threads.

Simply select this option when you start a topic or reply to one:

You can manage subscriptions as a registered member from your account page. You can view your subscriptions to topics and cancel them whenever you wish.

Because this way you get an email every time there’s an update on that thread, a reply to your questions or answers.

About our Marvelous Designer Forum

This Marvelous Designer Forum Discussions and Q&A site is all about creating 3D clothing.
As a CG artist, if you use Marvelous Designer in your workflow, you probably expect it to be a great tool that helps create dynamic 3D garments rather fast. That is, if you know what you are doing and have a good and correct workflow plus a solid grip on using the MD software.

However, even the pro’s can at times find the MD software taxing. Hence we made this a place for questions of all things Marvelous – issues, how-to’s, questions and answers.

What is Marvelous Designer?

It was used in games like Assassins Creed and for movies like The Hobbit, TED, the Adventures of Tin Tin and more. 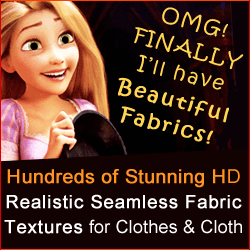 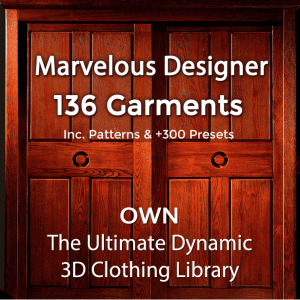